Vill laughed. “Gimmy your nut, or I’m gonna beat you until you beg for me to stop!”

I was scared because I was sure she would do exactly what she said. Vill was the daughter of the forest’s mayor so technically could do anything she wanted .I wasn’t sure what I should do because I didn’t want to get beaten but my family was poor. My family was one of the poorest in the forest, also I had had to go on a very thin branch of a tall tree to get the nut and a snake chased me. Vill took one step closer to me, was so scared I was trembling. The sight of me had to be funny because Vill fell over laughing.

“You are so funny Dwellwap.” She paused, thought a bit then sneered “give it to me and stop making me laugh, I might even give you a foodie.”

That caught me by surprise. I really wanted a foodie. A foodie is a squirrel shaped thing that scientists call a robot .It moves around for a time bringing (or making) food. A lot of animals have foodies even though it’s hard to get one. Just then the mayor suddenly came out of a bush.

Vill backed away than then stammered. “As you say.” And scrambled away.

“Oh nothing, I just hate when my daughter threatens people.”

“No, tell me the real reason you came here.”

“I prefer having fresh nuts, and my daughter wouldn’t give it to me .She would have buried it in a secret hiding place

“Maybe you could persuade Vill to tell us where you get foodies?” I asked.

“What a great idea Dwell, we could have a group of forest animals that don’t have a foodie an once we know where foodies are we can have a quest to find how they are made so we can have some! He exclaimed. And with that he bounded into the woods towards Vill.

“So enthusiastic on something almost impossible,” I muttered.

So I continued to my family’s tree with the nut feeling ashamed because I should have been enthusiastic about persuading Vill.

The next day I was gathering nuts and going to Nikol’s house. Then I heard something. Suddenly Nikol’s burst out of the leaves and shouted “Ants!” running past me desperately! A floor of black emerged out of the leaves. I began fumbling in a small pouch I had tied on my waist for emergencies like this. It was water with soap that freezes ants. I began running dripping soap on the ground after me. When I was out of breath I hid with Nikol in a hollow tree.

It was my friend Gillfie the red eyed rabbit.

“What are you doing here Gillf?”

“I’m learning about your quest, can I come?” she pleaded.

I began thinking about foodies again and why everybody wanted one because there is little food in the forest.

“I told all the animals that don’t have foodies about this quest. The scientists are trying to find how foodies are made but my father who’s a scientist says that they get energy from some things they call batteries but nobody knows how you make them”, said Nikol. “Though I know where foodies come from, a place that is a giant beach with no water!”

We began walking to the hottest parts of the forest until we found ourselves in a place filled with sand. We were walking slowly and I began wondering why I had volunteered on this quest because I was scared by new places. Finally we stopped to rest and look at the sandy place in front of us with nothing but cacti to look at. We had named this place the desert because it looked kind of deserted to us.

Two days later we were running out of water. We were also bored out of our minds. I glanced in front and saw a cactus with a hole in it and it looked like a perfectly good place to sleep. We did not remember that owls live in hollows even though we learned it in school. It was going to be hard to climb the needles but we could manage it. When we reached the top we saw a sight that took our breath away. Two yellow eyes glaring at us…

If you want to read more of this exciting story, written by Thisseas when he was in grade 3, please add a comment. The next episode will be published when 5 comments have been received!

3 thoughts on “The Rat Friend by Thisseas (Part 1)” 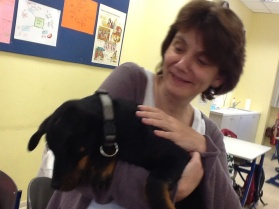 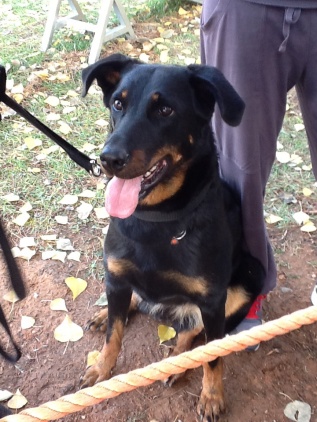