Once upon a time, there was a little girl named Emma. When she was about 2 years old, her parents were in an accident. Emma was lucky, because she did not get hurt. Everybody including Emma, thought that her parents were dead. Her mom’s name was Snow White and her dad’s name was Prince Henry. Snow White’s stepmother was so mean. She always wanted to hurt Snow White. Prince Henry’s dad was the king of a magic castle, but he died, so he was the kind, until his mom married someone else. His mom told him that he can be the Prince. When Snow White and Prince Henry died, Emma’s grandparents moved from America to Storybrook so they can take care of Emma. Emma was growing and growing. Finally, she was a young girl by now. She was married with someone called Nell. After they were married, Emma and Nell had a baby. The baby was a boy. They named him Henry, because Emma had a feeling that her father’s name was Prince Henry. Emma and Nell were so happy to have a child. Henry was growing and growing. By now, he was 12 years old.
One day, Henry wanted to go for a walk in the park. When Henry opened the door, he saw two weird boys.
“Who are you?” asked Henry. They did not answer. Instead, they grabbed Henry. Henry was trying to get away, but he could not get away. When Emma and Nell went to see Henry if he was fine, they could not find Henry. They were so worried. They searched everywhere for Henry. They could not find Henry. Emma was almost going to call the police, but Nell took the phone from her hands.
“No, do not call the police, “mumbled Nell.
“How are we going to find Henry?” asked Emma.
“Emma calm down, we will find Henry.” responded Nell.
“Ok,” said Emma.
While Emma and Nell were searching for Henry day and night, the 2 mean boys were carrying Henry on their backs. Guess what? The 2 mean boys were Peter Pan’s helpers. Peter Pan was their boss. Peter Pan told the boys, that they have to Henry’s house, and grab him. Peter Pan also told the boys, that nobody can see them, cause then they will get in trouble. As always the boys heard Peter Pan .They went to Henry’s, without anybody noticing them, and grabbed Henry. Can you guess where Peter Pan lived? That’s right. He lived in Neverland. So Henry was moved from America to Neverland.
Henry had never seen this island. He was afraid. Henry was calling for help, but nobody was listening. Henry and the boys finally arrived to Neverland. The 2 boys, left Henry on the ground, and called Peter Pan. Peter Pan came to “meet’ Henry. Henry was asking Peter Pan who he is, and what does he want?
“I want your heart, so I can be very strong,” replied Peter Pan.
“No”, said Henry.
To be continued.

3 thoughts on “Once Upon a Time by Nina” 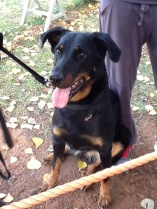 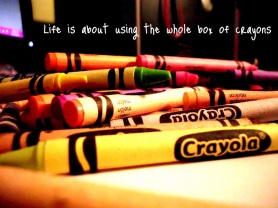 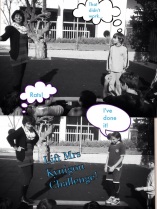